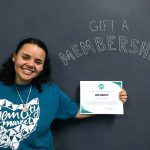 Our community-owner memberships make a great present, anytime of year! You’ll receive an electronic certificate to print. It’s all available from our membership page. 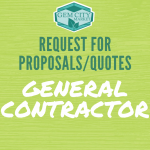 We are seeking a partnership with local General Contractor for building the Gem City Market. For access to the Request for Proposals / Quotes and drawings and documents for submitting your bid set, please fill in the form below. 7-11-19 Bid Set Released (fill in form for access) 7-19-19 PLA/CBA Uploaded 7-29-19 Addendum #1 Uploaded… Learn More 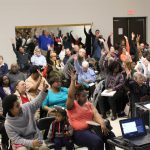 The Gem City Market Annual Meeting Thursday, May 23rd at 5:30 – 8:00 pm Annunciation Greek Orthodox Church 500 Belmonte Park N Dayton, 45405 Food will be served at 5:30 and the meeting will begin at 6:30 — Has your contact information changed since you became a member? Are you not getting emails from us? … Learn More 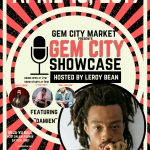 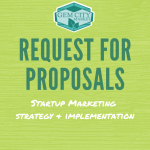 Gem City Market is seeking a partnership with a creative agency to develop, guide and implement a marketing strategy and plan, for the Cooperative, including the period from start of construction through full store operation.   ABRIDGED TIMELINE: We have selected our marketing agency, thank you.   Download the Request for Proposals   Download Answers… Learn More 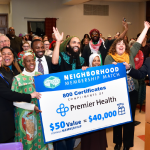 Gem City Market is excited to announce our Neighborhood Membership Match Program   Thanks to a generous gift by Premier Health, residents in the neighborhoods surrounding the future Gem City Market can now purchase $100 lifetime memberships for only $50! The Gem City Market Cooperative’s strength is measured by our member-owners’ engagement and patronage, and… Learn More 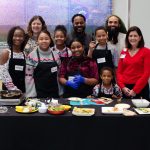 Gem City Market Board President Amaha Sellassie, Board Member Lela Klein, and engaged member Chef Anthony Head  joined Dayton Children’s Hospital President and CEO Debbie Feldman and a group of kid-chefs ages 6-15 for a “Kids Cookoff” on December 28th. The cookoff was held to celebrate a new partnership between Dayton Children’s and the Gem… Learn More 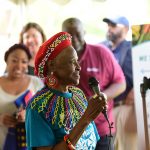 DAYTON, OH, May 10th – The Gem City Market movement is picking up speed in Dayton and will be announcing its new location plans and capital campaign kickoff on Wednesday, May 16th at 10:00am.  A brief press conference will be held at 400 Salem Avenue with former Congressman, Ambassador Tony Hall, announcing big news for… Learn More 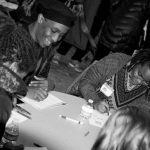 On Thursday, February 1, at Grace United Methodist Church, The Gem City Market (GCM) commenced Black History Month with a gathering of local creatives of across all mediums on how we can collectively integrate art into this movement. Well accomplished poet, Jay Martinez, opened the space with a very liberating and pensive piece on the… Learn More