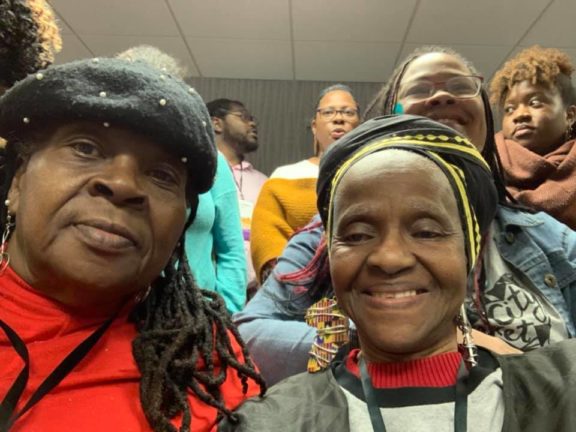 In early March 2020, a group of Gem City Market Member-Owners attended the Up & Coming Food Co-op Conference, in Madison Wisconsin. Up & Coming attracts start-up organizing groups, board members, and co-op staff from around the country to learn and grow together. This year the conference was in Madison, WI on Mar 6-7, 2020.

Programming was 2 days with over 55 workshops presented by 50+ speakers, both consultants and peers. Our own Amaha Sellassie, Kenya Baker, and Lela Klein presented, attending their 3rd Up & Coming to-date. With their costs covered by the conference organizers for presenting, CO-OP Dayton was able to also send: elder Mama Nozipo Glenn (who some may know as Mama Paparazzi), Rachel DB our Membership Committee Co-Chair and Interim Marketing Coordinator, and two of our GCM community-elected board members – David K. Greer and Shavelta Harding.

REPORT BACK: UP & COMING

I am just returning from my Brother in Law’s funeral and really will not have enough time to peruse through my notes I will do my best to send you a few observations however.

Attending the gathering was an essential eyeopener for me. I hope and wish that there will be more such events and that more members will be exposed to such. 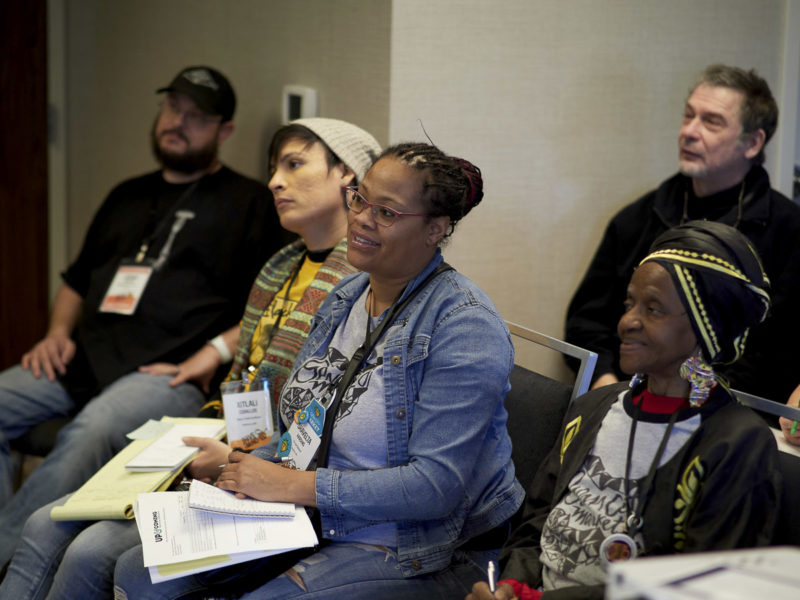 Attending the meeting opened my eyes to the existence of other co-ops and to the need to create even more co-ops right here in Dayton and the surrounding areas. I realized that it would have been great to be able to attend together with other local like minded groups so that we could reinforce one another’s projects.

Some of the common threads throughout the seminars I attended included:

Some time ago Gem City Market attempted to somewhat address possible inequities that could affect our membership in West Dayton. The session was held at the Urban League and it was great.

What did we conclude and what did we aim to do with the conclusion
What did we do with the recommendations if there were any?
What did we tell the membership about the session?
How did all this help in membership recruitment?
Are we going to followup ? I was grateful to the conference for creating a space for the African American delegations to meet separately.

This showed the importance the strength and the trust in understanding the necessity of a safe space for specific groups which does not mean Separation.

Because the West Side of Dayton is predominantly African Americans who find themselves as predominantly disadvantaged it may be prudent on the part of GCM to create a safe place for them perhaps in the form of a Caucus or whatever makes us feel empowered. Throughout the sessions the importance of knowing the history of co-ops in general and specific co-ops in particular again ran a common thread

For example they are not some idea from such rich white hippies who smoked herbs or some affluent young white professionals who are into gentrification.

Researching history shows that Co-ops have been successful in many communities throughout the ages.

Enslaved Africans brought their experiences in Co-ops from Africa resulting in very successful and long term co-ops in the African American Community.

Perhaps part of the recruitment and educational efforts of Gem City Market should include researching and teaching the history of Co-ops in a manner that community members can relate.

During some of our membership meetings we as a matter of fact mention The Mondragon Co-op as our inspiration.

We quickly mention something many people cannot spell or even pronounce and we continue. Most members cannot relate to that. A class might open their eyes.

We may benefit from classes about our relationship to the unions rather than just mention it in passing.

During the meeting times there are a lot of things to do and say we cannot adequately cover all especially for purposes of recruitment.

Some of the Co-ops especially the African American entities went further than just a grocery store or just a farmers market.

They took care of other needs of the community through the application of African principles by way of cultural education and mentorship.

In Dayton we already have groups that operate under the African Principles of Nguzo Saba African American Male Initiatives Rites of Passage Mentorship etc.

Perhaps collaboration with already existing groups and organization will prevent reinventing the wheel and foster a holistic approach in our behalf.

Ohio also already has several co-ops that we can work with The Cleveland delegation has much to share and to offer.

The idea of linking together even in terms of ordering supplies from the South and dropping them along the way going North is a form of cooperation that would save us money.

Looking at the grocery store we visited in Madison the literature reflected the targeted audience through multilingual pamphlets.

In West Dayton we have a very significant African Immigrant Community English is not their first language.

In catching the bus I am becoming aware of more People whose first language is Spanish.

Perhaps we should start seeking out this vast membership in their own languages. Our door to door visits would be more effective if we can leave a membership meeting flyer in their language Even more so if we are accompanied by someone from their community. We can even start by attending their events or meetings and reaching out to them by meeting them on their turf.

I hope these few words will help some.

Have you seen our first Report Back from David K. Greer?

Or the second post in the series from Amaha, Lela, and Kenya?

Or the third post in the series by Shavelta Harding?